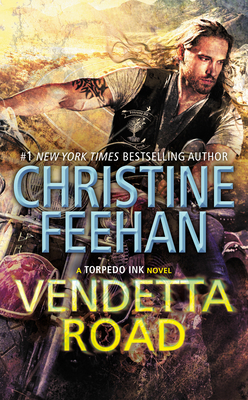 This is book number 3 in the Torpedo Ink series.

#1 New York Times bestselling author Christine Feehan pushes the limits in her next novel in the Torpedo Ink series.

Isaak “Ice” Koval is on a club mission when he sees a woman who stops him dead in his tracks. Soleil is a sweet, sexy, girl-next-door type. She’s an innocent who should be nowhere near the rough-and-ready world of the Torpedo Ink motorcycle club. But Ice knows Soleil belongs with him—and he’ll do whatever it takes to keep her.

After a life of drifting from one thing to the next, Soleil Brodeur is determined to take control of her life. When her breakup with her manipulative fiancé turns ugly, Soleil searches out the stranger who offered her a lifeline and ends up in a Las Vegas biker bar where she meets a gorgeous, dangerous man straight out of her most secret fantasies.

High on adrenaline, she finds herself falling faster than she thought possible. But Soleil knows little about the territory she’s stumbled into, and even less about what it really means to be Ice’s woman.…
Christine Feehan is the #1 New York Times bestselling author of the Carpathian series, the GhostWalker series, the Leopard series, the Shadow Riders series, and the Sea Haven novels, including the Drake Sisters series and the Sisters of the Heart series.