A Will to Kill (Paperback) 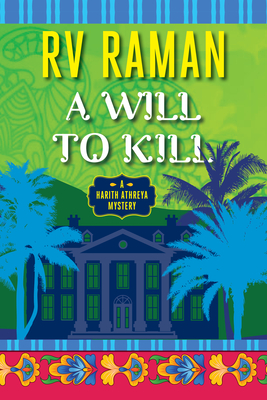 A Will to Kill (Paperback)


We can get this for you pretty soon!
NAMED ONE OF THE TEN BOOKS WE RECOMMEND THIS WEEK--The New York Times

NAMED ONE OF THE BEST RECENT THRILLERS--The Guardian

NAMED ONE OF THE BEST CRIME FICTION OF 2020 BY OPEN, THE MAGAZINE

For fans of Knives Out, a book that embodies all the things we love about Agatha Christie--a haunted manor house, estranged relatives a will, and a murder-- set in modern-day India, and the first in a series from author RV Raman. Aging and wheelchair-bound patriarch Bhaskar Fernandez has finally reclaimed his family property after a bitter legal battle, and now wants to reunite his aggrieved relatives. So, he invites them to remote Greybrooke Manor in the misty Nilgiris --a mansion that has played host to several sudden deaths; a colonial edifice that stands alone in a valley that is said to be haunted by the ghost of an Englishman. But Bhaskar has other, more practical problems to deal with. He knows that his family is waiting for him to die to regain the family fortune, and to safeguard himself against violence during the house party, he writes two conflicting wills. Which one of them comes into force depends on how he dies. Into this tinderbox, he brings Harith Athreya, a seasoned investigator. When a landslide occurs, temporarily isolating them all at the mansion, and resulting in a murder, Athreya finds that murder is not the only thing the mist conceals. A WILL TO KILL is the first Harith Athreya mystery.

RV Raman is the author of the Inspector Ranade and Inspector Dhruvi thrillers, published in India, which are loosely based on his corporate career spanning three decades and four continents. His latest book, published by Agora Books in October 2020, A WILL TO KILL, is the first in the Harith Athreya series, and is an Agatha Christie-esque whodunit, set in India. In addition to writing, he teaches business strategy at the Indian Institute of Management. Find him at www.rvraman.com and on Twitter @RVRaman_