Death of the Black Widow (Paperback) 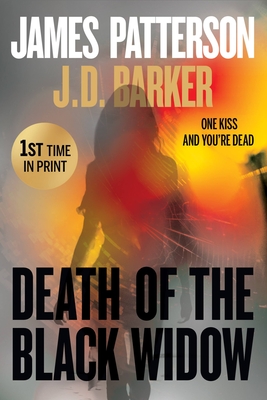 Death of the Black Widow (Paperback)


On our shelves now!
She destroys the men she loves—and escapes every time. The most dangerous killer James Patterson has ever created is also his most seductive.

On his first night with Detroit PD, Officer Walter O’Brien is called to a murder scene. A terrified twenty-year-old has bludgeoned her kidnapper with skill that shocks even O’Brien’s veteran partner. The young woman is also a brilliant escape artist. Her bold flight from police custody makes the case impossible to solve—and, for Walter, even more impossible to forget.

By the time Walter’s promoted to detective, his fascination with the missing, gray-eyed woman is approaching obsession. And when Walter discovers that he’s not alone in his search, one truth is certain. This deadly string of secrets didn’t begin in his home city—but he’s going to make sure it ends there.

James Patterson is the world's bestselling author. The creator of Alex Cross, he has produced more enduring fictional heroes than any other novelist alive. He lives in Florida with his family.

J. D. Barker is the international bestselling author of numerous books, including Dracul and The Fourth Monkey. His novels have been translated into two dozen languages and optioned for both film and television. Barker resides in coastal New Hampshire with his wife, Dayna, and their daughter, Ember.