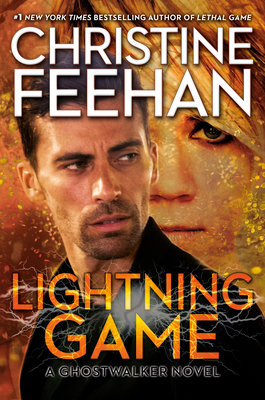 This is book number 17 in the A GhostWalker Novel series.

GhostWalker Rubin Campo’s rough upbringing made him into the man he is today: strong, steadfast and wary of outsiders. When he and his brother return to their family’s homestead in the Appalachian Mountains, he can immediately sense that a stranger has taken up residence in their cabin—a woman who just happens to be a GhostWalker too.

Jonquille looks deceptively delicate but is clearly a fighter. She also doesn’t seem to care that Rubin could kill her where she stands. She sought him out, wanting to connect on their shared interest in electrical charges. As one of the first failed GhostWalker experiments, Jonquille can produce lightning with her body—but she can’t control it.

Their connection is magnetic, their abilities in sync. Rubin knows she’s his match, the answer to a lifetime of pain and intense loneliness. But Jonquille came to him with hidden intentions, ones that threaten to destroy their bond before it can truly begin.…
Christine Feehan is the #1 New York Times bestselling author of the Carpathian series, the GhostWalker series, the Leopard series, the Shadow Riders series, and the Sea Haven novels, including the Drake Sisters series and the Sisters of the Heart series.

“If you’re a fan of the series or just want to read a good book that’ll captivate you, you need to grab this one. Lightning Game is an emotional rollercoaster you won’t want to get off.”—Fresh Fiction

“Christine Feehan takes a unique look at a natural phenomenon… another must-read by this wonderfully unique and creative author Christine Feehan.”—Fresh Fiction