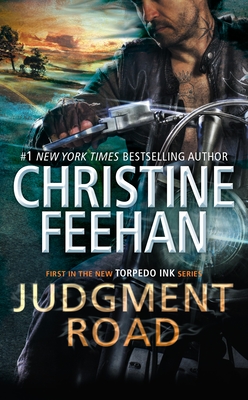 This is book number 1 in the Torpedo Ink series.

A brutal education in a Russian training facility for assassins has taught this group of men one thing: It's a long road to redemption...

As the enforcer of the Torpedo Ink motorcycle club, Reaper lives for riding and fighting. He's a stone-cold killer who turns his wrath on those who deserve it. Feelings are a weakness he can't afford--until a gorgeous bartender gets under his skin...

Near Sea Haven, the small town of Caspar has given Anya Rafferty a new lease on life. And she's desperate to hold on to her job at the biker bar, even if the scariest member of the club seems to have it out for her. But Reaper's imposing presence and smoldering looks just ratchet up the heat.

Anya's touch is everything Reaper doesn't want--and it brands him to the bone. But when her secrets catch up to her, Reaper will have to choose between Anya and his club--his heart and his soul.
Christine Feehan is the #1 New York Times bestselling author of the Carpathian series, the GhostWalker series, the Leopard series, the Shadow Riders series, and the Sea Haven novels, including the Drake Sisters series and the Sisters of the Heart series.

Praise for Christine Feehan and the Sea Haven Novels

“I love everything she does.”—J. R. Ward

“The fiery combination of Prakenskii brothers and elemental sisters has made this series one that never disappoints. Pure Feehan magic!”—RT Book Reviews

“Ms. Feehan is at the top of her game with this magical romance.”—The Romance Readers Connection

“Feehan brings a sizzling story of seduction and sorcery to her readers.”—Examiner.com