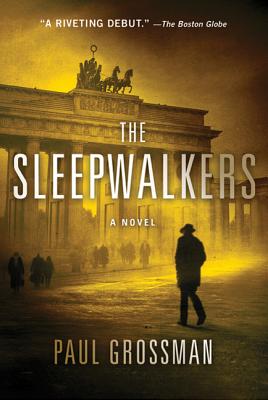 We can get this for you pretty soon!
(Sales are final on this one.)

This is book number 1 in the Willi Kraus Series series.

In the final weeks of the Weimar Republic, as Hitler and his National Socialist party angle to assume control of Germany, beautiful girls are seen sleepwalking through the streets. Then, a young woman of mysterious origin, with her legs bizarrely deformed, is pulled dead from the Havel River. Willi Kraus, a high ranking detective in Berlin's police force, begins a murder investigation. A decorated World War I hero and the nation's most famous detective, Willi also is a Jew. Despite his elite status in the criminal police, he is disturbed by the direction Germany is taking. Working urgently to solve the murder, Willi finds his superiors diverting him at every turn. As he moves through darkness closer to the truth, Willi begins to understand that much more than the solution to a murder is at stake. What he discovers will mean that his life, the lives of his friends and family, and Germany itself will never be the same

Paul Grossman is a long time teacher of writing and literature at Hunter College. He is the author of The Sleepwalkers and Children of Wrath.

“A riveting debut.” —The Boston Globe

“Many characters "sleepwalk" through the murky world of this novel; it's a testament to how endearing the industrious Willi is that readers will find themselves wanting to shake him by the shoulders and tell him to wake up before it's too late.” —The Washington Post

“Powerfully captures the atmosphere of Berlin on the verge of Nazi takeover, the elegance and cultural brilliance amid the decadence, and the sense of impending doom.” —Library Journal, starred review