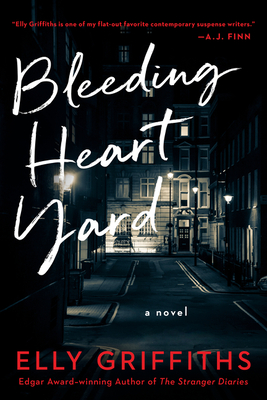 A murderer strikes at a school reunion—but the students are no strangers to death— in this propulsive, twisty thriller from the internationally bestselling author of the Ruth Galloway Mysteries

Is it possible to forget that you’ve committed a murder?

When Cassie Fitzgerald was at school in the late 90s, she and her friends killed a fellow student. Almost twenty years later, Cassie is a happily married mother who loves her job—as a police officer. She closely guards the secret she has all but erased from her memory.

One day her husband finally persuades her to go to a school reunion. Cassie catches up with her high-achieving old friends from the Manor Park School—among them two politicians, a rock star, and a famous actress. But then, shockingly, one of them, Garfield Rice, is found dead in the school bathroom, supposedly from a drug overdose. As Garfield was an eminent—and controversial—MP and the investigation is high profile, it’s headed by Cassie’s new boss, DI Harbinder Kaur, freshly promoted and newly arrived in London. The trouble is, Cassie can’t shake the feeling that one of them has killed again.

Is Cassie right, or was Garfield murdered by one of his political cronies? It’s in Cassie’s interest to skew the investigation so that it looks like it has nothing to do with Manor Park and she seems to be succeeding.

ELLY GRIFFITHS is the author of the Ruth Galloway and Brighton mystery series, as well as the standalone novels The Stranger Diaries, winner of the Edgar Award for Best Novel, and The Postscript Murders. She is the recipient of the CWA Dagger in the Library Award and the Mary Higgins Clark Award. She lives in Brighton, England.

“Stunning…Jaw-dropping red herrings, headbanging twists and turns, and Rashomon-like alternating narratives add to the briskly paced plot, which builds to a reconstruction of the original crime and a bombshell revelation. Donna Tartt fans won’t be able to put this one down.” — Publishers Weekly (starred review)

“This lively whodunit keeps you guessing until the end.”  — People on Stranger Diaries

“This droll romp is a latter-day Miss Marple.” — Washington Post on Postscript Murders

“Elly Griffiths is one of my flat-out favorite contemporary suspense writers.” — A.J. Finn