The Last Anniversary: A Novel (Paperback) 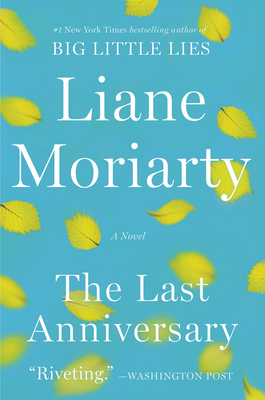 The Last Anniversary: A Novel (Paperback)

A family secret explodes. A first kiss betrays. A mystery is solved. A marriage is tested. It all happens on one extraordinary night—the Last Anniversary!

Sophie Honeywell always wondered if Thomas Gordon was the one who got away. He was the perfect boyfriend, but on the day he was going to propose, she broke his heart. A year later he married his travel agent, while Sophie has been mortifyingly single ever since. Now Thomas is back in her life because Sophie has unexpectedly inherited his aunt Connie's house on Scribbly Gum Island—home of the famously unsolved Munro Baby mystery.

Sophie moves onto the island and begins a new life as part of an unconventional family, where it seems everyone has a secret. Grace, a beautiful young mother, is feverishly planning a shocking escape from her perfect life. Margie, a frumpy housewife, has made a pact with a stranger, while dreamy Aunt Rose wonders if maybe it's about time she started making her own decisions.

As Sophie's life becomes increasingly complicated, she discovers that sometimes you have to stop waiting around—and come up with your own fairy-tale ending.

Liane Moriarty is the number-one New York Times bestselling author of Big Little Lies, The Husband's Secret, and What Alice Forgot, as well as The Hypnotist's Love Story, Three Wishes, The Last Anniversary, and the Nicola Berry series for children. Liane lives in Sydney, Australia, with her husband and two children. www.lianemoriarty.com.au

“A stunner…[Moriarty’s] prose turns from funny through poignant to frightening in an artful snap.” — Publishers Weekly (starred review)

“Moriarty has created a cast of appealing characters that she deftly juggles through various plot threads. . . . brisk and witty.” — Booklist

“Clever, engrossing. . . .Moriarty’s style is breezy and light when it should be, dark and edgy when the mood turns. . . . A gasp-evoking zinger of an ending.” — Cleveland Plain Dealer